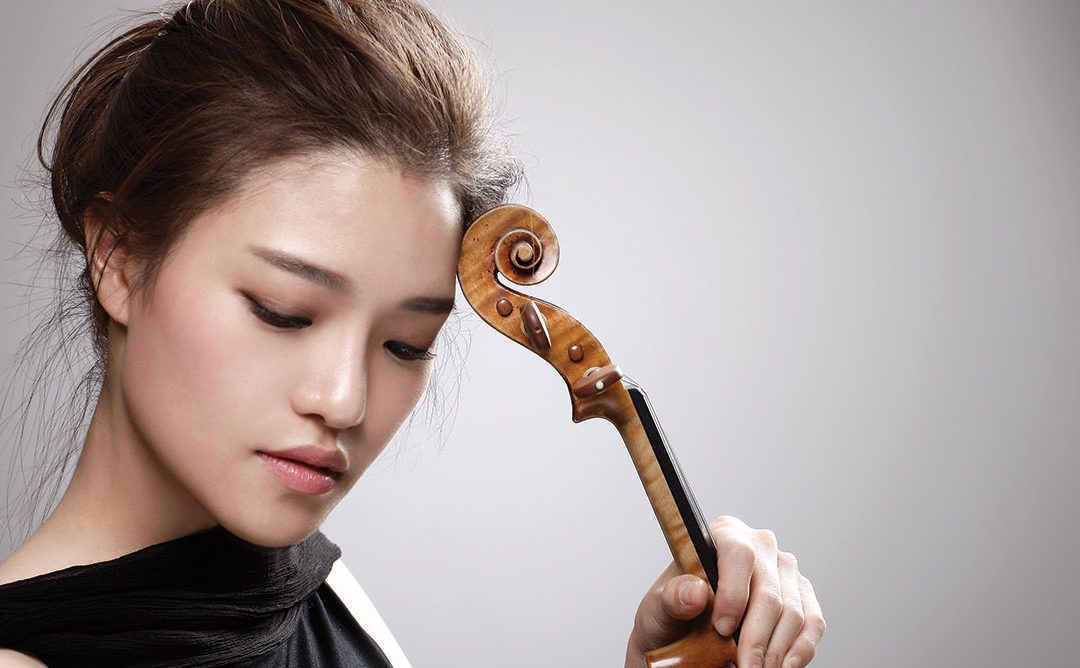 Violinist Ye-Eun Choi is defined by her dynamic sound, rich with vibrant timbre, sensitivity and nuance. Her colourful, expressive lyricism and virtuosity has earned her acclaim for her engagements as both a soloist and a chamber musician.

She was discovered and mentored by Anne-Sophie Mutter at age 16 in 2005. Ms Mutter has since said:
“She is a musician who looks to express herself in her own individual way; who has a distinguished, recognizable sound and commands an excellent, instinctive feel for the music. This is precisely what is naturally required from a soloist: someone who does not just perform a piece, but makes it her own. She ranks among the most talented of violinists.”

In 2018/2019, Ye-Eun Choi will perform with the NHK Symphony Orchestra under Stéphane Denève, the Daegu Symphony Orchestra conducted by Massimo Zanetti, the German Radio Philharmonic Orchestra under Krzysztof Penderecki, with the BBC Philharmonic Orchestra under Rory McDonald, with the Girona Orchestra and the Or-chestre de Chambre de Luxembourg. She will perform at Marcel Proust’s Musical Days in Cabourg and play re-citals in Bilbao, Galicia and Castlemaine (Australia), Germany, Poland and Russia. In March 2019, together with Anne-Sophie Mutter, she will play the world premiere of a commissioned work by the South Korean composer Unsuk Chin at the Carnegie Hall.

Highlights of the last season included concerts with the Orchestre National de France under Riccardo Muti in Paris, with the Bavarian Radio Symphony Orchestra in cooperation with the orchestra of the University of Music and Performing Arts Munich under the baton of Mariss Jansons, with the Gyeonggi Philharmonic Orchestra con-ducted by Jaap van Zweden and with the Osaka Philharmonic and Eiji Oue. She was re-invited by the Seoul Phil-harmonic Orchestra to participate in a concert during the National Liberation Day of Korea. In autumn she was a guest at the Concordia Festival in Kazan to perform the “Metamorphosis” violin concerto by K. Penderecki. Ye-Eun Choi toured throughout the season with Mutter’s Virtuosi.

Highlights of the last seasons include tours with the NDR Radio Philharmonic Orchestra Hannover, and Andrew Manze, to South Korea, with the Rotterdam Philharmonic, and Yannick Nézet-Séguin in the Netherlands and Italy, and a tour with the Czech Philharmonic, and Jiří Bělohlávek with concerts in Luxemburg and Warsaw. Furthermore, she made her debut with the Bamberg Symphony under the baton of Christoph Eschenbach, and performed with l’Orchestre Philharmonique de Monte Carlo, and Manfred Honeck, Munich Symphony Orchestra, and Kevin John Edusei, and with Seoul Philharmonic Orchestra, and Christoph Eschenbach. Ye-Eun Choi was also invited to perform at the anniversary concert of the Verbier Festival at Schloss Elmau and gave recitals in Germany and North America.